The photograph says it all.  A young man standing before the camera proudly holding an elephant’s tail. A tail that he just chopped off of an elephant that he had just killed. An elephant who was minding his own business. Not bothering anyone, living his life happily with its family.  Did you kill them too young man? Or were they running in fear for their lives? Was it an old one who couldn’t run as fast? We know how it is in your family business, the biggest, best, loudest and strongest wins. It’s disgusting.

How can can they be proud of this? That’s despicable. You think you look like some big shit holding an elephant’s tail that you chopped off? No you are a disgusting bastard. There are no other words to describe you.

That photo makes me sick. I would never have any respect for someone who did something like that. The villagers who live there may have to rely on hunting for their food, I don’t know. I see that it says the Trump’s donated the food but that doesn’t excuse the fact that they did it for sport and then posed for photographs holding pieces of the animal.

Anyone who does this for sport is a disgusting bastard. 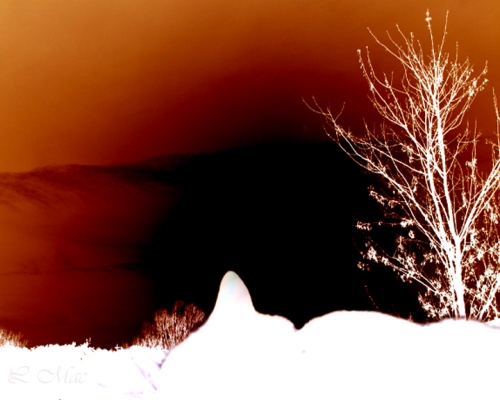 Just playing around with a picture.

Oh this is just too sweet. I love it. I received in an email and wanted to share it with you all.

The hippopotamus and the Tortoise – too precious!

Much of life can never be explained but only witnessed” – Rachel Naomi Remen, MD

NAIROBI – A baby hippopotamus that survived the tsunami waves

and weighing about 300 kilograms (650 pounds), was swept down

Sabaki River into the Indian Ocean, then forced back to shore

when tsunami waves struck the Kenyan coast on

December 26, before wildlife rangers rescued him.

“It is incredible.. A-less-than-a-year-old hippo has adopted a

male tortoise, about a century old, and the tortoise seems to

be very happy with being a ‘mother’,” ecologist Paula Kahumbu,

who is in charge of Lafarge Park, told AFP

“After it was swept away and lost its mother, the hippo was

traumatized. It had to look for something to be a surrogate mother

Fortunately , it landed on the tortoise and established a strong bond.

They swim, eat and sleep together,” the ecologist added.

“The hippo follows the tortoise exactly the way it followed its mother.

If somebody approaches the tortoise, the hippo becomes aggressive,

as if protecting its biological mother,” Kahumbu added.

“The hippo is a young baby, he was left at a very tender age

and by nature, hippos are social animals that like to stay with

their mothers for four years,” he explained.

“Life is not measured by the number of breaths we take,

but by the moments that take our breath away.”

matter much when we need the comfort of another.

We could all learn a lesson from these two creatures of God,

“Look beyond the differences and find a way to walk

“Those who bring sunshine into the lives of others, cannot keep it from
themselves.”

By Palmeras on Etsy, check out her other seahorses, they are so beautiful.

Who doesn’t like to scribble? Didn’t we all do it in school? Yes, so here is a fabulous program that will really make your scribbles lively! Try it, it’s fun!

Wow just look at this amazing creation. I found this extremely unusual piece on Etsy and wanted to share it with you guys. Now who out there would be brave enough to wear this piece? I know a tremendous amount of time and work went into the making of this piece and it is nice but I think you would need a big personality to pull this off.  Etsy. Sorry I forgot to get the link to it. I am trying to find it now.