This is the chain that was on a dog that my daughter and her boyfriend found wandering the streets. The dog weighed about twenty pounds. That chain had no business on a dog that small. Any dog for that matter. They spent three hours convincing the dog to come to them so they could give him water which he drank as if he’d been wandering in the desert for years. Notice the wire that was used to hold it together to form a crude collar. She said the dog could not even hold his head up. I pray that those evil bastards who had the dog pay for what they did. I know eventually they will but that can’t come soon enough. 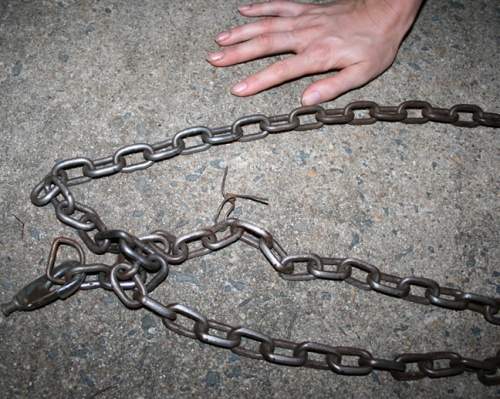 One response to “Chains of Cruelty”